The Indonesian Railways Society (Maska) sees the Trans-Sulawesi Railway (KA) as having the potential to capture the cement transport market in the region. However, there needs to be a policy review from the central and local governments to attract the interest of goods owners to switch from truck to train mode in Sulawesi.

"Maska views the need for a study of what policies the central and regional governments should take so that it is attractive for goods owners to switch from truck mode to train mode and provide the maximum benefit to the people of South Sulawesi," said Maska General Chair Hermanto Dwiatmoko in the seminar Online Operational Readiness of the Trans-Sulawesi Makassar-Pare Pare Line, Monday (16/8). 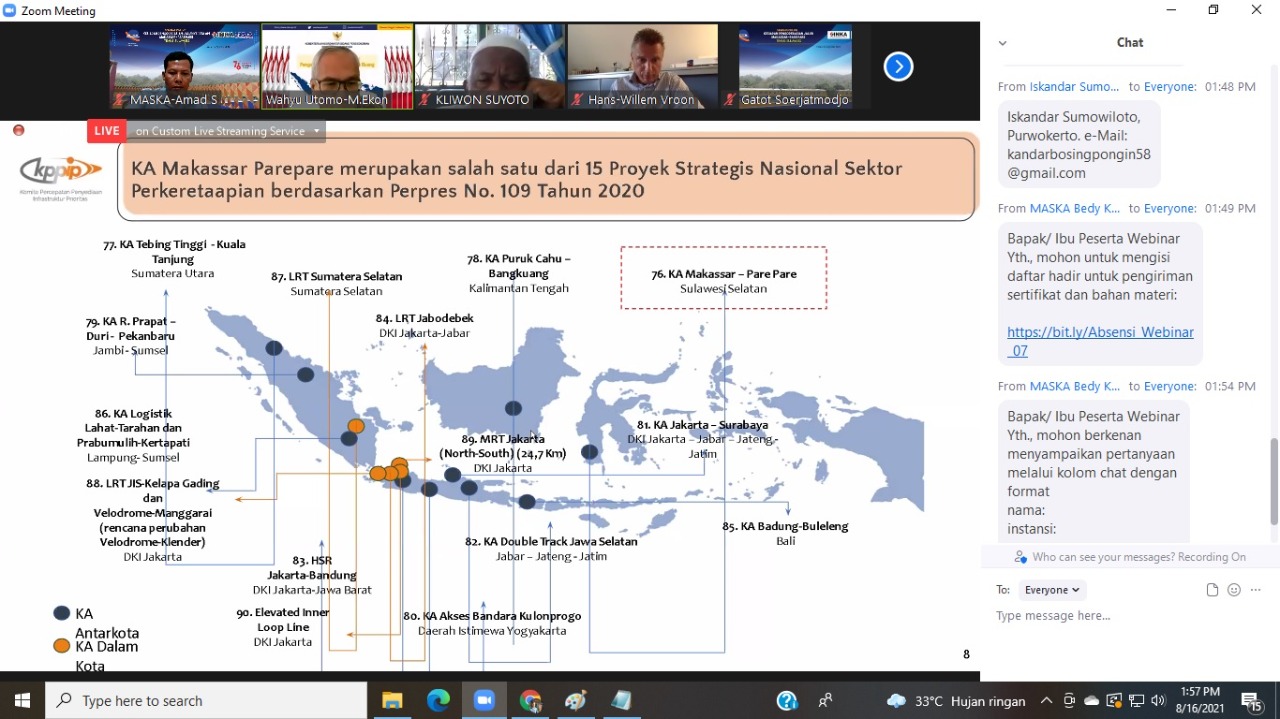 The construction of the 145 km Trans-Sulawesi railway line across Makassar-Parepare was initiated in 2001 through the preparation of a master plan study and a design study.

Furthermore, said Hermanto, project development has been started since 2014 through a budget originating from the APBN and part of the government's collaboration with business entities (KPBU). By 2021 this has been partially completed. It is hoped that in 2022, the Makassar-Parepare line will be able to start operating for both passenger and freight transportation.

Maska assessed that the operation of the Makassar-Parepare line is expected to be the starting point for the implementation of Law (UU) No. 23 of 2007. The spirit of the law is to encourage the creation of multi-operators of railway infrastructure and facilities for healthier competition.

"The operation of the Makassar-Parepare line is expected to be a starting point the implementation of Law Number 23 of 2007 whose enthusiasm encourages the creation of multi-operators of railway infrastructure and facilities for healthier competition," said Hermanto.

In addition, explained Hermanto, the addition of new railway lines should also be a means to create new markets for the Indonesian railway industry, both in the field of railway infrastructure and facilities, as well as the creation of new job opportunities.

"The business entity (BUP) for railway infrastructure (Makassar-Parepare) has been appointed by PT Celebes Railway Indonesia (PT CRI). Meanwhile, the BUP for facilities has not yet been appointed, "explained Hermanto Dwiatmoko.