Maros - Member of Commission V of the Indonesian House of Representatives (DPR) from the United Development Party (PPP) Muhammad Aras responded to the construction of railroads in South Sulawesi which are threatened with being canceled and will be diverted to Java Island. Aras admits that he is not willing if the project is transferred.

Aras added, although currently there are still problems in land acquisition, according to him, it is resolved by an appraisal team that works independently. He said that his duties as a member of the Indonesian Parliament were still to supervise the government involved.

"We will see the extent of the disagreement, of course the DPR RI will continue to monitor it," he said.

The people's representative from Electoral District II of South Sulawesi said that the DPR had budgeted Rp. 2 trillion to be used as land acquisition funds. The budget will be used until the end of this year.

Previously, the Secretary of the Directorate General of Railways, Zulmafendi, when meeting with the Regent of Maros Hatta Rahman, conveyed that the plan to cancel trains in South Sulawesi was due to problems that were triggered by protracted problems related to land acquisition in Maros.

"It is very easy for the government to move the location of the railroad construction to an area that is ready to accept development. It's just that, if the move is done immediately, it will embarrass South Sulawesi, especially Maros," said Zulmafendi.

He also said that the construction of railroads in South Sulawesi had been designed several years ago. However, until now the government has not succeeded in convincing the community to acquire land.

"Currently in Mandai District, especially Marumpa Village and Hasanuddin Village, there are still 16 plots of land acquisition constraints," he said. 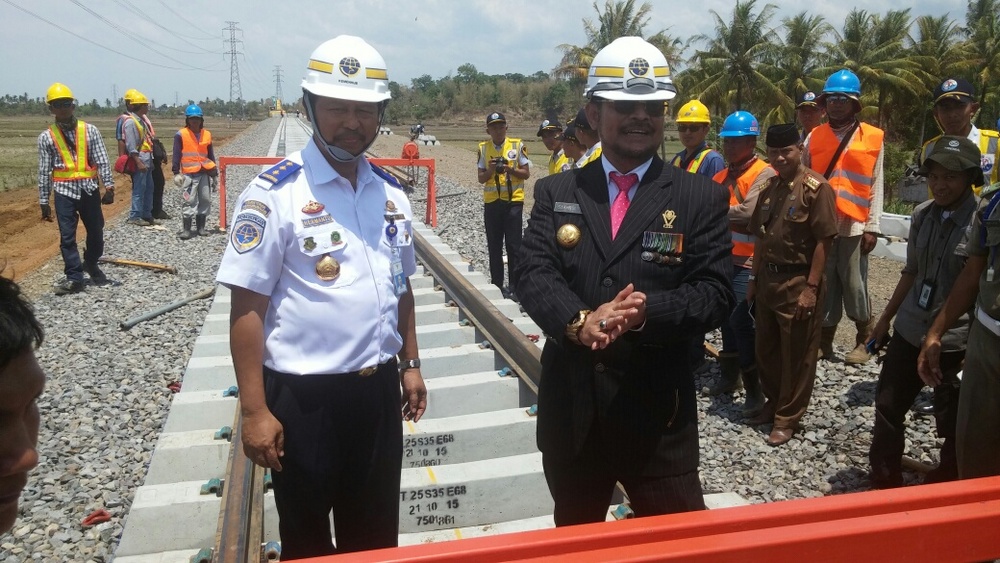 Installation of the first rail on the Sulawesi Railway on Friday, 13 November 2015 in Lalabata Village, Tanete Rilau District, Barru Regency. The railroad installation was witnessed by the Director General of Railways of the Ministry of Transportation (Kemenhub) Hermanto Dwiatmoko and the Governor of South Sulawesi, Syahrul Yasin Limpo. (Source: detik.com)

It is known that the Trans-Sulawesi railway is a railway network that was built to reach important areas on the island of Sulawesi. This railway network was built in 2015 starting from phase I, namely the train line from Makassar to Parepare.