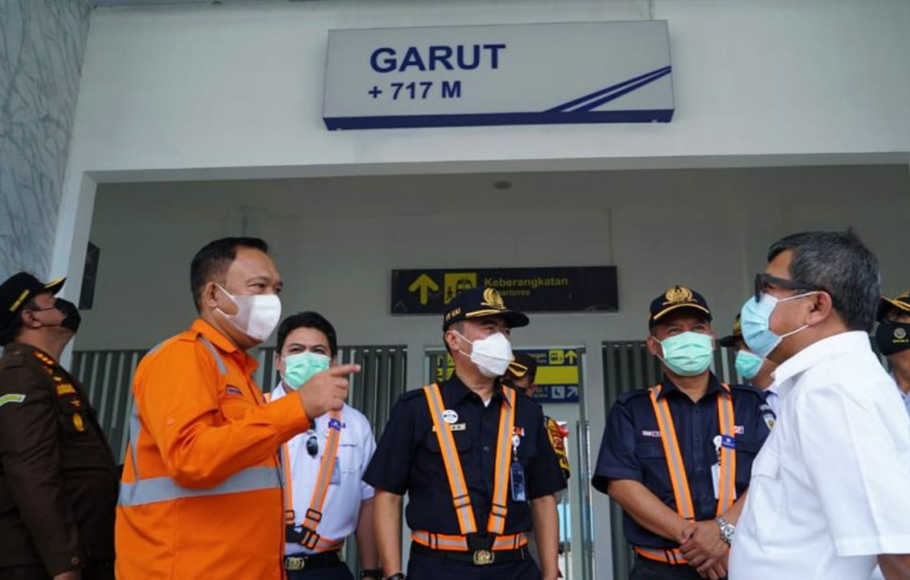 PT Kereta Api Indonesia (KAI) said that Garut Station in Garut Regency, West Java is 100 percent ready to operate providing mass and goods transportation services. The station is ready to serve transportation to the big cities of Jakarta, Bandung, and other cities.

"All infrastructure is running and I see that for the station itself the building is 100 percent ready to operate and serve passengers," said Director of Commerce of PT KAI Dadan Rudiansyah when directly inspecting Garut Station in Garut Kota, Saturday (15/5/2021).

He said PT KAI and the local government had discussed various preparations so that the reactivation of the Garut-Cibatu Station railway line would operate as soon as possible.

Garut Regency Government and PT KAI, he said, certainly have the same desire to immediately operate commercial trains with routes to Garut Station and other major stations.

"Actually, we are still trying, the Regent has also directly addressed the Ministry of Transportation through the Director General of Railways, God willing, we will try as soon as possible, we also really want to operate immediately," he said.

He hopes the reactivation of the Cibatu-Garut railway line, which connects the railway line across the south of Java, can improve the level of the economy in Garut Regency.

PT KAI also, he continued, facilitated a place for small and medium businesses so that they could participate in serving the needs of the community at the train station.

"It is hoped that we can help further improve the level of the economy in Garut, especially maybe later on at our stations we can also accommodate several SMEs which of course are expected to contribute too, can serve the community," he said.

Garut Regent Rudy Gunawan, who accompanied the visit of PT KAI officials, expressed his gratitude to PT KAI who continues to be committed to realizing the reactivation of the Garut-Cibatu railway.

The magnificently built Garut Station, he said, will provide convenient, fast, easy, and safe transportation services for the people of Garut, as well as facilitate the flow of goods which will eventually grow the community's economy.

"PT KAI is committed to the people of Garut to facilitate the flow of goods, the flow of people, especially the economy by preparing infrastructure related to train travel from Garut Station to Bandung Station, Jakarta or anywhere with connectivity," he said.

He hopes that Garut Station can serve rail transportation services before the Independence Day of the Republic of Indonesia August 17, 2021.

In addition, the Regent appealed to the public to participate in maintaining facilities and infrastructure, especially along the train reactivation line so that the government program can run successfully.

"For the residents of Garut, we ask that this route be maintained for the success of the Garut to Bandung train, Jakarta to Yogya with connectivity and so on," said Rudy.